We do not often think of the Convolvulaceae family when looking for endangered species. This can be explained by the fact that a few species are notorious invasive. Nevertheless many species can be endemic to one country, one area or even to some small islands.

Endangered species:
Evolvulus antillanus: This species grows in mountains of the West Indies, it favours rocks and grasslands. Its leaves are sericeous and the stems are prostrate and herbaceous. This Evolvulus species is endangered and almost extinct in its natural habitat possibly due to the introduction of cattle. But this species is also cultivated in the National Convolvulaceae collection in Chatenay-Malabry and the Brest ‘Conservatoire botanique’. 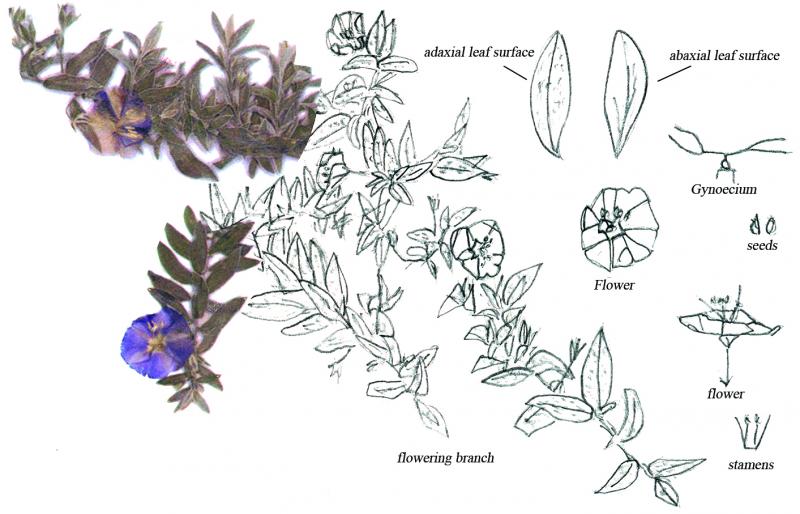 Humbertia madagascariensis: This species is a very large hardwood tree. It is an endemic to the South East of Madagascar and it is now almost extinct. It used to grow in the coastal rainforest but this forest has almost vanished. Many trunks of the Humbertia remain because the wood is very resistant to water and fire. No conservation program or cultivation of this species is known. 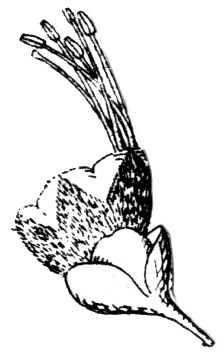 Bonamia grandiflora: This species is endemic to Florida and develops prostrate or slightly twining stems. The flowers are blue and quite large. The woody base of the plant is fire resistant and this species is well adapted to seasonal fires common in Florida. Agriculture and land required for housing meant that fires had to be managed therefore fire resistant species tend to lose their competitiveness.

Turbina inopinata in New Caledonia, Jacquemontia reclinata in Florida, Bonamia menziesii in Hawai’i are some other species that are rare in the wild. As we would expect many other species are also endangered or have not been yet assessed.

Convolvulus arvensis: The field bindweed is an European native but in the last century it quickly became a cosmopolitan species. This species is very competitive and thanks to its rhizomes it can spread very easily. But most convolvulaceae do not spread in natural habitat preferring to grow in human disturbed areas like agricultural fields. It does represent a huge cost to the farming industry.

Other species like Ipomoea triloba in America and Ipomoea aquatica in tropical regions are also known to be major invasive species. The genus Cuscuta contains parasitic plants which could present a threat to natural habitats if they were to become introduced and invasive.